Biography
Douglas Schmidt began his studies at Boston University with Horace Armistead, and later went to New York, where he worked with Lester Polakov at the Studio and Forum of Stage Design. In 1963, he returned to his native Cincinnati as a designer at the Playhouse in the Park, where his work included designs for The Fantasticks.
Later, Schmidt was hired by Ming Cho Lee as his assistant for the New York Shakespeare Festival. Lee's influence is evident in Schmidt's work, especially in his use of materials such as raw-wood planking, wood beam scaffolding, and pipe framing. Schmidt admits that his technical abilities were developed while working with Lee, as he states: "It was in Ming's studio that my point of view developed and my appreciation for the craft evolved. I learned all of my technique in that studio." (Arnold Aronson, American Set Design, 1985).
Schmidt received critical acclaim in 1972 for his designs for the Broadway production of Grease. In these designs, Schmidt continued to exhibit a flair for the colossal with his collage of 1950s images enclosed by a false proscenium, lined with the actor's high school yearbook pictures. The framework is repeated in Schmidt's designs for the 1974 production, Over Here!, where three arched portals recall the architecture of the old Paramount Theatre; these designs earned Schmidt a Drama Desk Award. 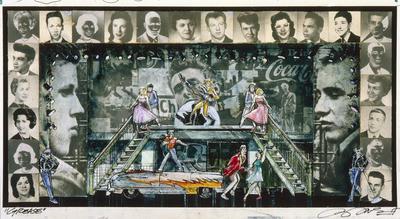 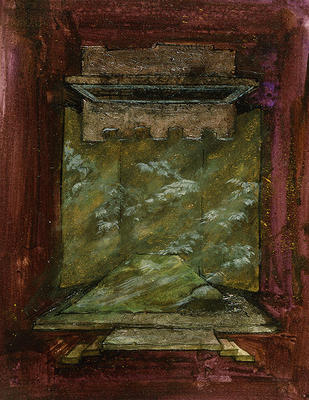 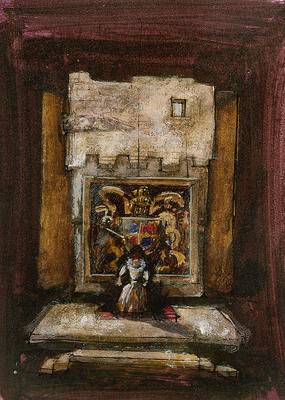 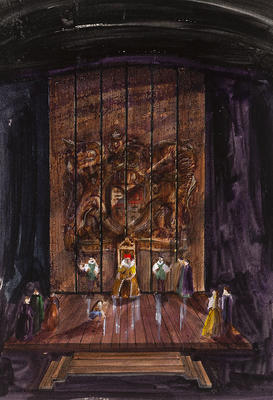 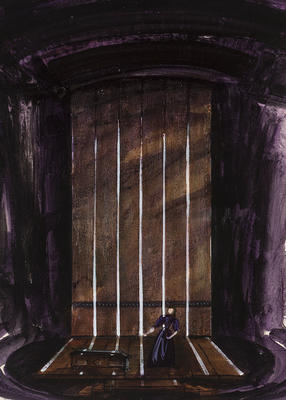 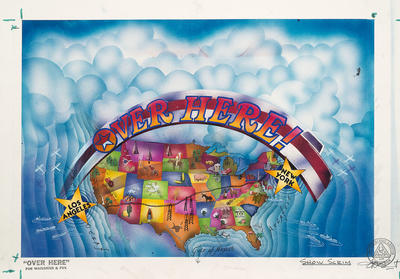