Date of birth
Date of death
Place of birth
Paris/France

Biography
Born in Paris, Jo Mielziner began his art training with his father, Leo Mielziner, who had a successful portrait studio there. Later, after his family moved back to the United States, Jo Mielziner enrolled at the Pennsylvania Academy of Fine Arts. However, rather than follow in his father's footsteps, he was inspired to become a scene designer after he saw a 1915 production of The Man Who Married a Dumb Wife, designed by Robert Edmond Jones.
Mielziner's Broadway design debut, The Guardsman (1924), was a smash hit. In those designs, one could already see the Mielziner signature -- an implied or simplified realism with a poetic quality supplied by the lighting. Mielziner, a leader in the New Stagecraft movement, was also one of its most successful members. He designed over 300 Broadway shows, and by 1932, was already having his designs and models exhibited in art galleries.
"The prime difference between the art of the easel painter and that of a theatre designer (and for that matter architect and sculptor, too) is that the theatre designer is practicing an interpretive art which deals in four dimensions at the same time. The first three dimensions are normal to both painter and sculptor, but the theatre designer employs the fourth dimension of time and space." - Jo Mielziner in Orville Larson's Scene Design in the American Theatre from 1915-1960 (Univ. of Arkansas, 1989).
According to Larson, Mielziner was "one of the most complete theatre artists this country has ever produced." He honed the physical product down to its basic elements with practical economy. His techniques - using scrims as interior and exterior walls superseding the traditional use of wood by introducing metal strips to fabricate scenery -- were innovative and revolutionary. But, his greatest contribution to American scene design, ironically, was the elimination of as much scenery as possible. Designing where less is more was, according to Mielziner "the most fascinating of all designing. It deals in form that is transparent, in space that is limited." (Larson, p. 157). 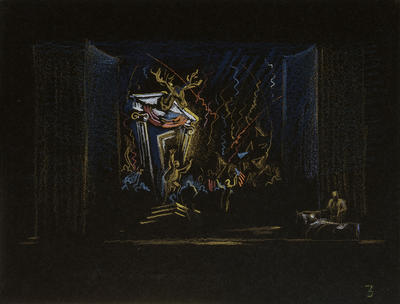 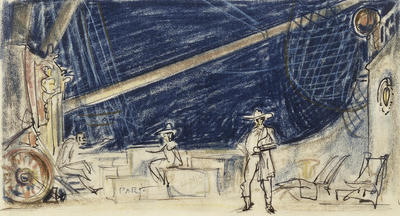 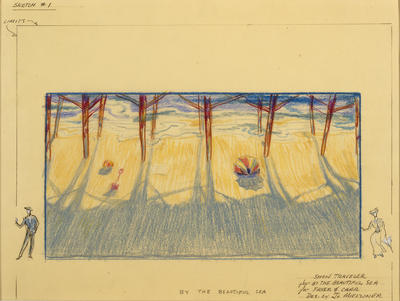 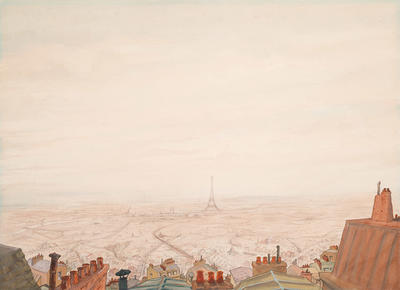