Biography
Albert Johnson made a career of designing specifically for musicals. He studied scene design with Norman Bel Geddes, and made his debut on Broadway in 1929 with a single setting for The Criminal Code. He renown came two years later with his memorable designs for The Bandwagon, in which Johnson refined the revolving stage by creating a wheel within a wheel - an invention that facilitated sudden shifts of scenery, as well as revolved actors in opposite directions, thus enhancing the feeling of movement on the stage. 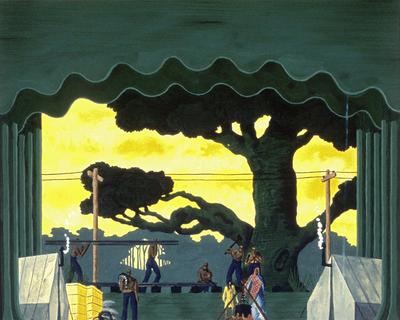