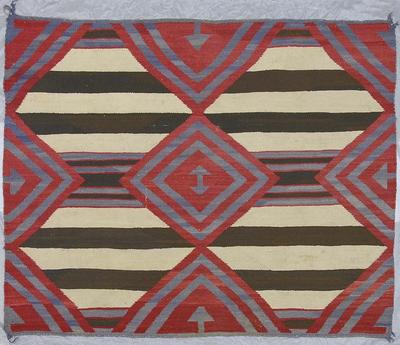 Further information
Considered one of the oldest Navajo weaving styles, the Chief Blanket was originally characterized by horizontal bands that were later superimposed with rectanbles and diamond motifs.

The name of the style originates from merchants who purchased such blankets for sale or trade to Plains Indian chiefs for their wives and daughters. The heaviness of the weaving indicates that the textile's original purpose may have been decorative and not functional.