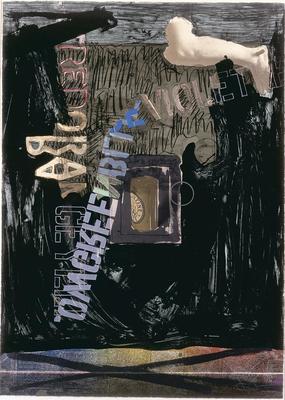 Further information
Decoy and Decoy II are exceedingly complex technical and iconographic achievements. Printed using multiple plates and layers, they combine the broad brushwork of the Abstract Expressionist generation, which Johns had rebelled against as a young artist, with the Pop art imagery that made him famous. This contrast betweeen two very different means of representation, combined with the artist's inclusion of the tools of art - most notably ithe colors spelled out in both prints - makes Decoy and Decoy II essays on the very artifice of making art.