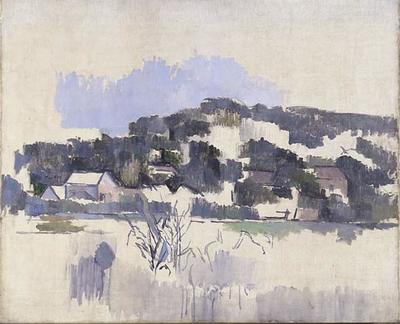 Houses on the Hill

Further information
Houses on the Hill exhibits Cézanne's confidence in using color during the last years of this life. With a fully loaded brush, he painted overlapping vertical blocks of various greens to describe foliage on the hillside. Using dark blue, he delineated the houses, bushes in the foreground, and a hint of a boat at the right. Horizontal strokes of green, blue, and orange suggest a river bank. Subtle violets fill in the planes of the houses, and a jumble of light blue floods the sky above the hill.

Though considered an Impressionist painter in the 1870s, Cézanne ultimately achieved a strength and solidity of form not present in most Impressionist works. His influence on Matisse and Picasso changed the course of modern art.

Houses on the Hill 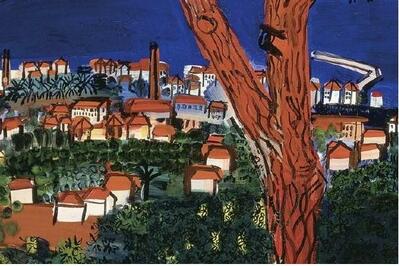