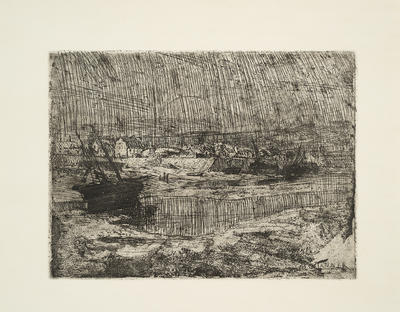 Further information
Henry Ossawa Tanner was the first African American artist to gain international fame and praise for his work. In 1879, when he enrolled at the Pennsylvania Academy of the Fine Arts, he was the only black student. At the Academy, he became a protégé of the American realist painter Thomas Eakins. Facing racism in his own country, Tanner traveled to Paris in 1891 and lived most of the rest of his life in France. Like his contemporary and fellow expatriate John Singer Sargent, Tanner was fascinated by the exoticism of the Orient and completed a number of etchings inspired by his travels in the Middle East.