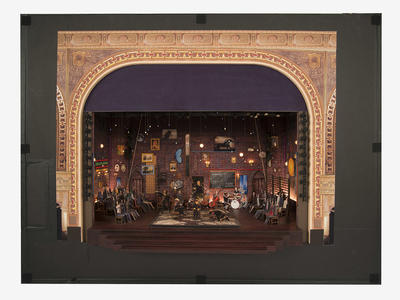 Theatre production
Musical with book and lyrics by Steven Sater and music by Duncan Sheik, based on a play by Frank Wedekind. Produced at the Eugene O'Neill Theatre, New York, 2006.

Further information
With its frank exploration of adolescent sexuality, Spring Awakening brought new life not only to Broadway, but also to Frank Wedekind’s 1891 play. The musical’s rock music score and concert-style lighting underscored the timelessness of Wedekind’s theme, which had been a touchstone for German Expressionism. Colleagues at New York University’s Tisch School of the Arts, designers Susan Hilferty and Christine Jones brought insights from today’s media culture to the repressive world of fin-de-siècle Vienna.