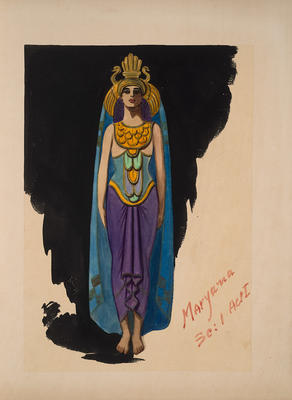 Media/Materials
Watercolor, graphite, and metallic paint on board