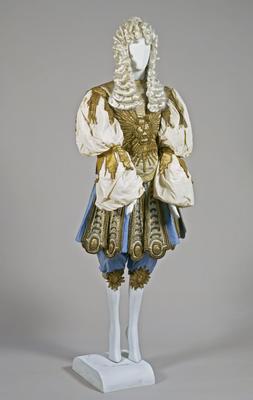 Media/Materials
Taffeta and silk, with metallic braid and lace

Further information
Amidst revived interest in French court dance after World War I, the Ballets Russes produced not only The Sleeping Princess, but also Les Tentations de la Bergère in which Louis XIV himself makes an appearance.

Documentation
Diaghilev: Costumes and Designs of the Ballets Russes; 1978