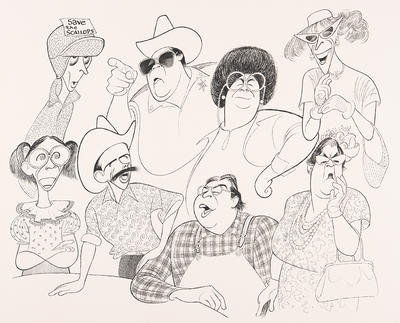 Further information
Greater Tuna, a comedy about the third smallest town in Texas, was created in Austin in the early 1980s as a party skit based on a political cartoon. The town's residents, including men, women, children, and animals, are portrayed to hilarious effect by only two performers: two of the play's co-writers, Joe Sears and Jaston Williams. Greater Tuna has been a popular success, from the Off-Broadway Circle in the Square Theatre, New York, to the Kennedy Center for the Performing Arts, Washington, D.C.