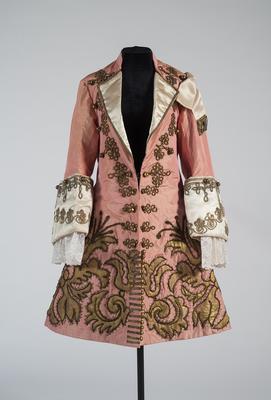 Further information
Costume worn by Anton Dolin as a youth when he went by the nickname "Patrikeef."

Documentation
Diaghilev: Costumes and Designs of the Ballets Russes; 1978